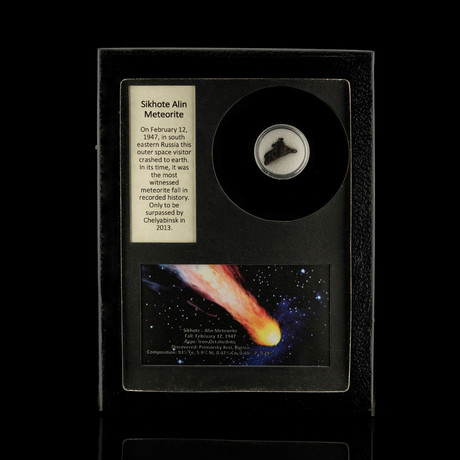 Crashing into south-eastern Russia on February 12th, 1947, the Sikhote Alin meteorite was one of largest and the most widely witnessed meteorite falls in recorded history. The crash could be heard 190 miles away and the smoke trail reached 20 miles high into the sky. It is estimated that 70 metric tons of it survived ‘after impact! Primarily iron in composition, it also contains nickel, copper. phosphorous, and sulfur.

How large is the fragment?

How many years was it falling to earth?

It crashed in the Sikhote-Alin mountains in Russia on February 12th, 1947.